During the second working day, participants visited the Anti-Dictatorial Democratic Resistance Museum. It is housed in one of the buildings of the former Ε.Α.Τ.-Ε.S.Α camp in the Park of Liberty in Athens, which, together with the surrounding area, is a Historically Preserved Monument. During the dictatorship, the Museum’s premises were used as place of detention, interrogation and torture of freedom fighters, both civilians and soldiers. The detention facilities, interrogation and torture areas, have been preserved as they were. Various documents of the time and personal items of freedom fighters are displayed in showcases. The Collection of Photographic Documents of the period 1967-1974 includes lists and photographs of political prisoners and exiles, military courts, etc. Also lists of both legal and underground newspapers, brochures, leaflets, comics, issued by anti-dictatorial political parties and organizations, were included in the exhibition. The visit helped participants to understand the given era. They met with Dora Kalipoliti who was imprisoned and exiled by the Junta and Giannis Xarhoulakos, the youngest resistance person in exile. 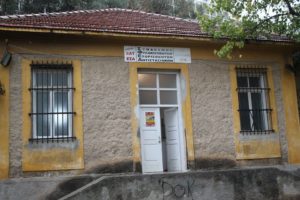 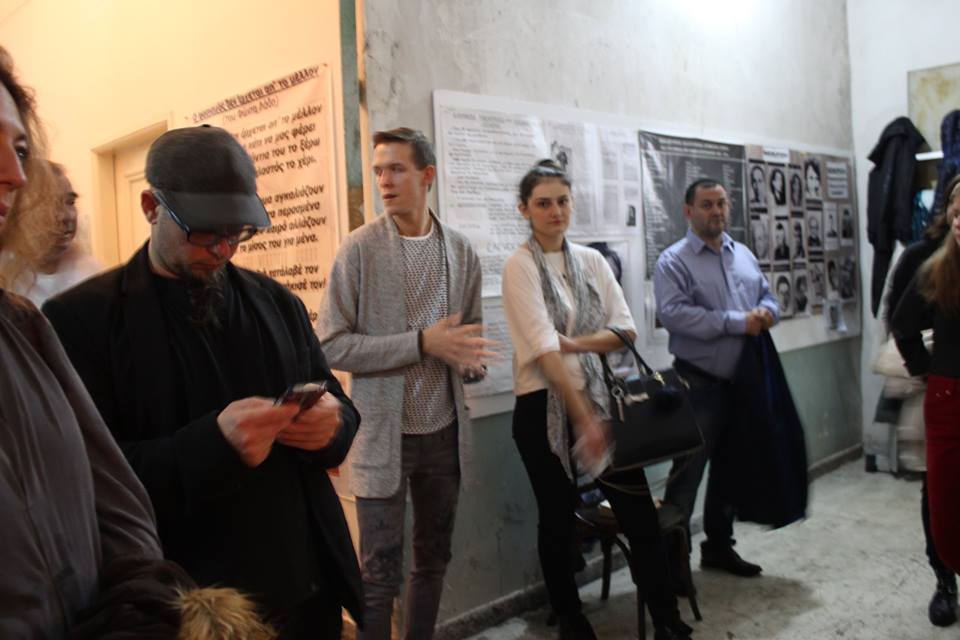 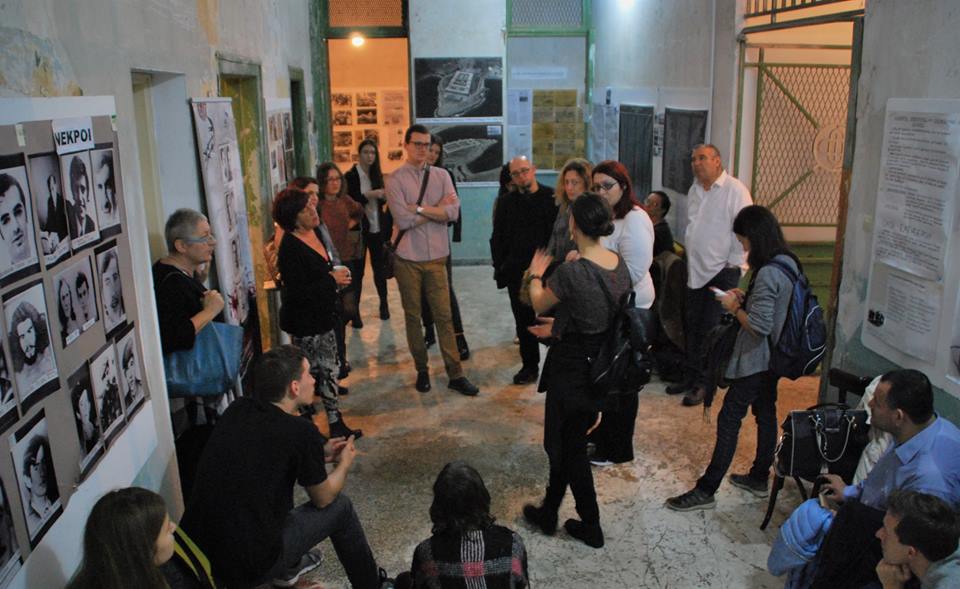 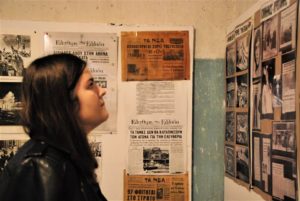 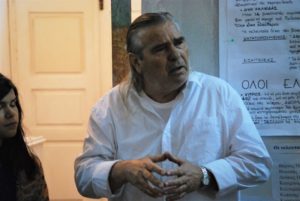 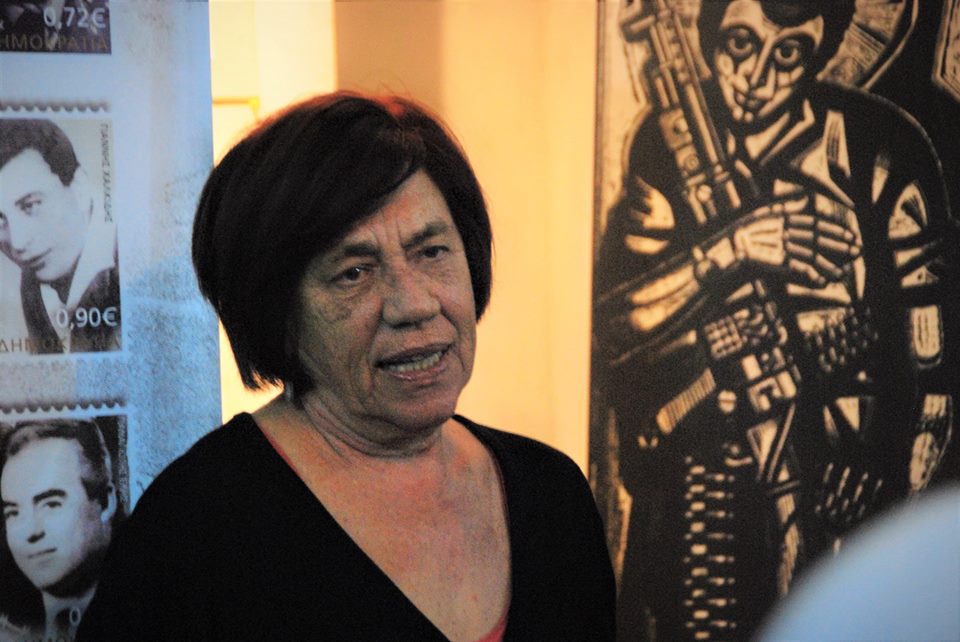 At the afternoon sessions, participants were divided into two groups: the steering committee and the group of young participants with their group leaders. 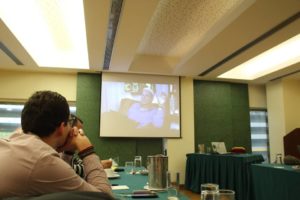 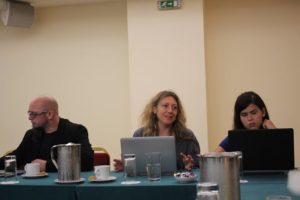 The project manager of the lead partner, Közgazdasági Politechnikum, Adrienne Varga was coordinating the steering committee meeting where partners discussed the research report, the suggested headlines and ending to the video interviews, the project website and the draft programme of the Joint Hungarian-Slovak event in Budapest in March 2018. Each partner presented one of their video films as well.

At the same time, the group of young participants, led by Anastasia Oikonomoula, participated in two workshops based on non-formal education methods.

The first one was about the Greek alphabet and its outcome was creating two common posters in Greek letters. 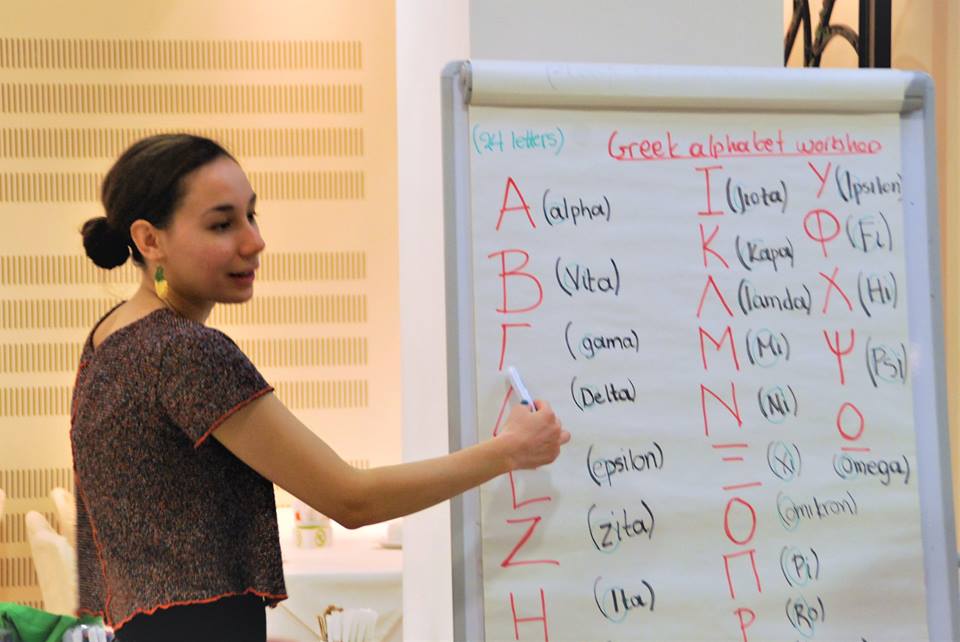 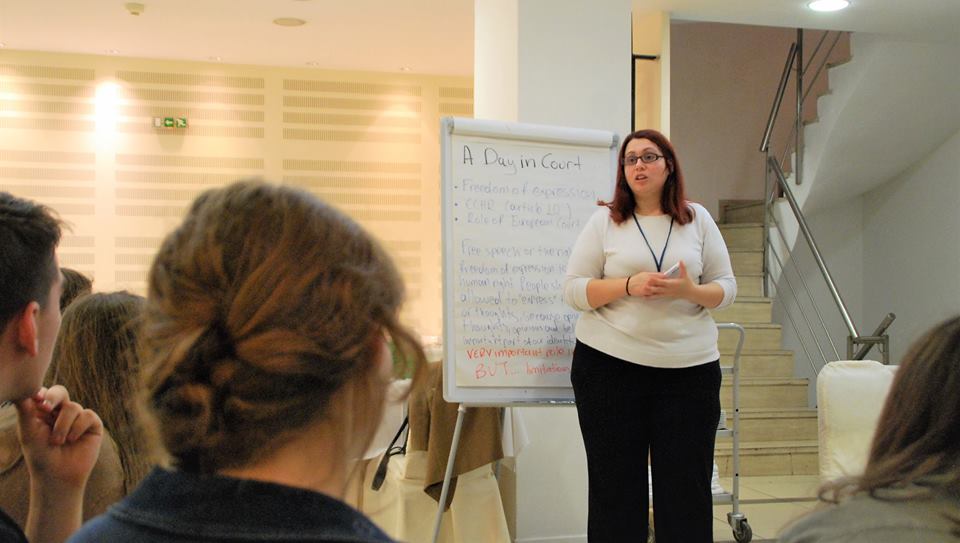 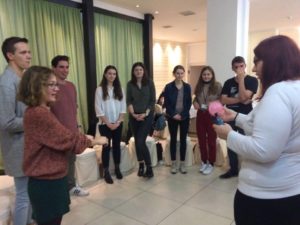 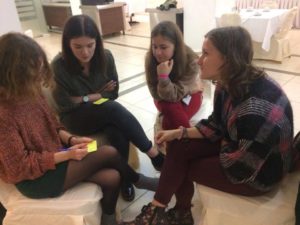 The second workshop was connected to human rights and the freedom of speech, entitled “A day at court”. A case of the European Court of Human Rights from 1994, called “Jersild vs Denmark”, was introduced. This case dealt with the freedom of speech protected by article 10 of the European Convention of Human Rights and the prevention of Hate Speech. Participants were asked to act out the trial of Mr. Jersild, a journalist, who conducted and edited a TV interview with a group of young people, calling themselves “the Greenjackets”. This group made abusive and derogatory remarks about immigrants and ethnic groups in Denmark during the interview. Convicted by the Dannish government, Mr. Jersild went to the European Court of Human Rights to defend his freedom of speech.

When the workshop and the parallel coordinators’ meeting ended, the event was officially closed with a farewell dinner.