We started the tour in the Jewish quarter of Budapest. Peter Halasz was a Hungarian actor and director, although he founded several theatre companies the authorities banned his performances for being considered anti-state and disruptive. We visited the building where he founded the famous appartement theatre in the 1970’s.

Ferenciek Square was where Ferenc Koszeg lived in the 1980’s. He was fired from his editorial office because of his role in the movement of the opposition and in 1981 became editor of Beszelo, the most known Hungarian samizdat paper. The infamous Rajk boutique operated weekday afternoons in Galamb Street. The apartment became a meeting point of the figures of the opposition movement and the selling point of samizdat papers and books.

Parallel to the printing and distribution of samizdat other artists also found a way to express their dislike against the oppressive communist state and to fight for their ideals. Performances or flashmobs as we call them today were held, one of the most famous ones was actually held in Nador Street, near the Pest side of Chain bridge.

We crossed the river from Pest to Buda on Chain bridge which was a major scene of the protests in the 1980’s and witnessed the violence of police removing demonstrators, dispelling protests.

Gyorgy Krasso was a central player in the opposition movement and took an active part in the Hungarian samizdat. His apartment in Fő Street in Buda is only a few minutes’ walk from Chain bridge. We had a short stop at the Batthyany Square metro station where selling and buying samizdat on the streets took place in the late 1980’s.

Printing and putting together samizdat was always a dangerous activity, people involved in it risked long police interrogations and nights spent locked-up at police headquarters. We walked to the police station and lock-up in Gyorskocsi Street where all the known figures of the Hungarian samizdat press were taken to several times.

The next stop was by an apartment building where one apartment functioned as a temporary conspiracy place only for a few days, before the police searched the apartment and seized the samizdat papers which had been in the final phase of preparation.

The classified files about observations, secret agents and observed people are stored in the National Archives. There are hundreds of thousands of files in the Archives including those about the most important figures of the Hungarian samizdat press.

The tour ended at Tancsics prison in the Buda Castle district, an ideal stop to learn more about the history of the free Hungarian press from 1848 to the end of WW2 and during the communist era. 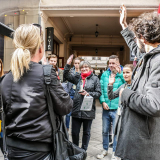 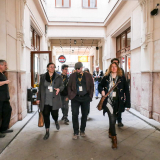 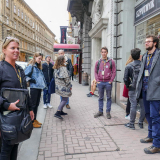 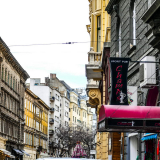 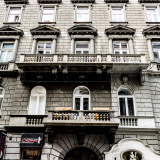 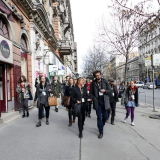 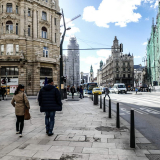 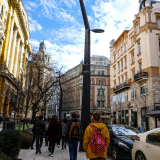 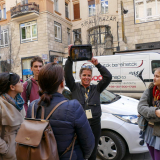 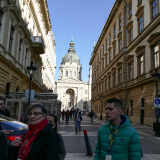 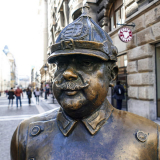 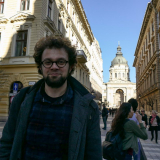 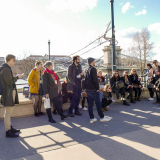 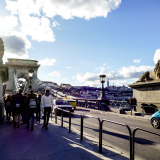 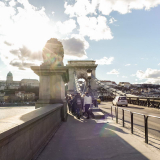 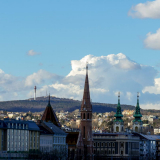